Kazakhstan’s Air Astana Group, comprising flag carrier Air Astana and its budget start-up FlyArystan daughter airline, recorded an unaudited net profit of US$30.03 million in 2019, up from US$5.3 million of the previous year. Both airlines collectively served some 5.058 million passengers, an increase of 17 per cent over 2018, with total airline revenue up by six per cent to US$893 million. Unit costs were lower at 5.5 US cents per available seat kilometre (ASK). 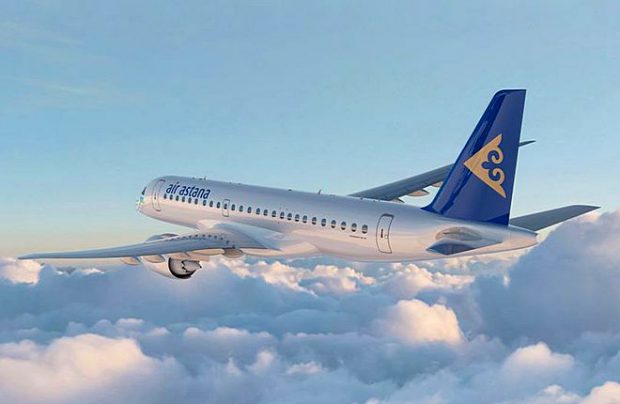 Commenting on the results, president and chief executive Peter Foster reveals that passenger demand “improved considerably during the year, driven by a significant increase in charter operations and by increased demand primarily on domestic routes, as a result of the successful launch of our low-cost airline FlyArystan on 1st May 2019. Whilst yields have been affected by increased competition on international routes, reduced average domestic ticket prices and the lower value of the Kazakh Tenge, this was more than offset by increased demand and lower unit costs.”

Looking forward to 2020, Foster points out that “FlyArystan continues to grow ahead of expectations and certain structural changes, such as the [Air Astana’s] move to Moscow’s Domodedovo Airport in line with the comprehensive S7 code share agreement, and the replacement of the [older] Boeing 757 fleet by the [newest] Airbus 321 Long Range aircraft, enable us to be cautiously optimistic. However, the impact of the Coronavirus [outbreak in China] is a significant unknown.”

Air Astana operates to the Chinese destinations of Beijing and Urumchi, both of which will operate with lower frequencies in the event that restrictions on outbound group traffic from China remain in place for an extended period.

A joint venture between state-owned welfare fund Samruk-Kazyna (51 per cent) and BAE Systems, Kazakhstan’s national carrier has been serving the country’s air travel market since 2002. Air Astana operates a fleet of 38 aircraft consisting of Boeing 767/757s, Airbus A320ceo/neos, A321ceo/neos and Embraer E190/E190-E2s across a network of 60 domestic and international routes.